HELP YOURSELF BY BEING VISIBLE

This week, as part of the ACCIDENT OF THE WEEK series, we’re showing you a concept that’s meant to reduce accidents in which you are being hit from behind because of low visibility while stationary, with the car on the side of the road.

It is estimated that over 35000 people die every year, killed by drivers that don’t see them opening a door and entering or exiting the vehicle. Peter Gold, CEO of INVIEW VEHICLE TRIM CORPORATION invented some devices that make your car more visible, at night, when stationary and having one or more doors opened.

The first device Peter Gold created is the Inview Vehicle Trim. You can see it in action in the video below.

Peter Gold invented the Inview Vehicle Trim to make your vehicle’s opened door visible to other drivers, at night, from at least 1000 feet away.

As you can see in the video, the difference the Inview Vehicle Trim makes is huge. You can barely notice that the right door of the car is opened. Apart from the lamp at the bottom of the door, there aren’t any clear indicators that the door is opened. That lamp is not powerful enough to warn the drivers from a safe distance that the door is opened. The main purpose of that lamp is to illuminate the car when you enter it. Also, bare in mind that you have problems noticing the door is opened when you carefully analyze the video. Imagine you’re travelling, at night, at low visibility, sometimes on roads that have little or no road lamps to increase the visibility. Under these circumstances, chances of noticing a stationary car on the side of the road while still having time to avoid a potential accident are very low.

In the video you can also see the opened door fitted with the Inview Vehicle Trim. The light is very powerful, offering a visibility of over 1000 feet, according to Peter Gold. The device is fitted all around the door for maximum visibility. Once activated, the device functions independently from the passengers.

Let’s say you’re a drunk passenger or worse, driver, or you’re a careless teenager or a naughty kid who opens the door and jumps out of the car. The device will automatically warn the other drivers, from a safe distance, that something is happening around the car: a person might enter or exit the car without looking around and might get hit.

Complementary to the Inview Vehicle Trim, Peter Gold also invented the High Mount Door Window Frame Directional and the Camouflaged Reflective Door Window Frame Trim.  You can see both devices, fitted on the same car, in day and night pictures, below.

This is how Peter Gold describes these two devices:

Two new pioneering advancements in vehicle safety that include the  High Mount  Door Window  Frame Directional,  and the Camouflaged  Reflective Door Window Frame Trim  can be seen in the day/night pictures of the same vehicle door shown above.

The primary advancements with the High Mount Door Window Frame Directional ( shown as 6 led lights positioned behind the vehicle door glass) is its position up high is to compliment the normal low location of the directional  as part of the side view mirror housing .  As a  visual result by being up higher it be seen by truck drivers, side by side vehicle drivers prior to  changing vehicle lanes of traffic,  pedestrians wishing to cross at intersections, etc. to provide greater viewing area to be seen, that was previously blocked visually.

As the name suggests the Camouflaged Reflective Door Window Frame provides finally the elimination of the so called  blind spot all vehicles have to be seen from the side of the vehicle by other vehicle drivers. The result, fewer “T-Bone” side impact collisions .  The extremely clever system (shown as reflective material positioned behind the vehicle door glass)  tricks  the eye to not have the eye focus on the reflective by its location, that flows with the vehicle door window frame and  by the vehicle door glass in front of it resulting in a camouflaged application that is only conspicuous when illuminated by another vehicle drivers headlights and night, to never distract from the vehicle appearance.

Please remember to look both ways prior to entering or exiting a vehicle at any time since it takes time to have other vehicle drivers to react.  The purpose of Inview Vehicle Trim is to provide added time to have other vehicle drivers to see your opened vehicle door that they previously could not see at all at various distances at all for various causes at night to take avoidance actions.

These devices are designed to be fitted on any type of car as aftermarket parts. You will be able to buy them from auto parts shops. We hope that the devices will catch on and car manufacturers will introduce them as standard equipment on the future cars. 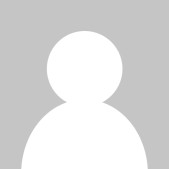